FINDING BEAUTY, FORM, & PURPOSE IN A HIGH HEELED SHOE, THEN TRANSFORMING THE BUSINESS JET INTO JUST THAT… 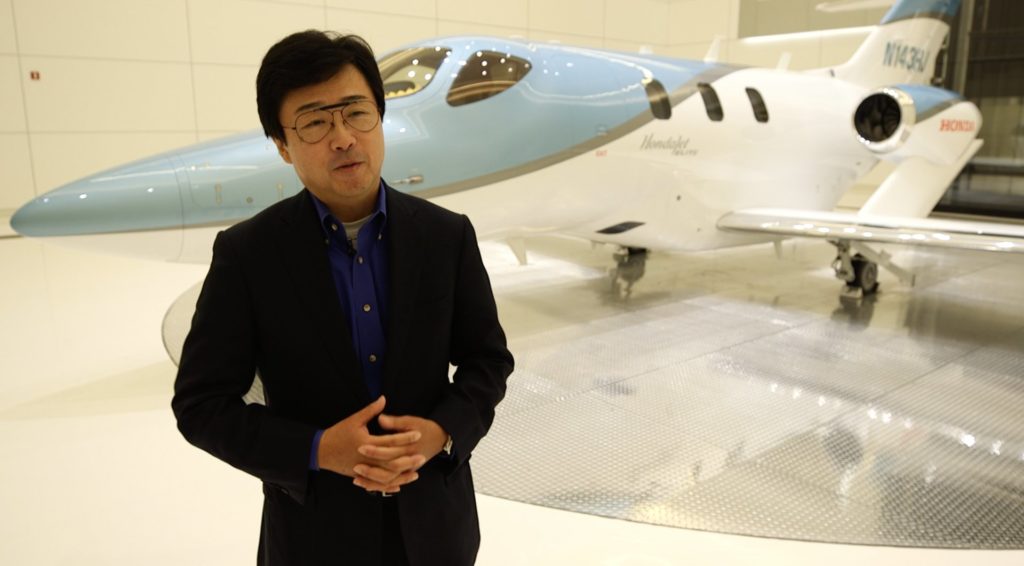 The Honda Motor Company is known for making some of the finest cars, motorcycles, and power equipment money can buy.

The Japanese industrial giant officially entered the aviation business when it established the Honda Aircraft Company in 2006.

Honda’s first, the HA-420 HondaJet, entered production in 2015. An updated variant, the HondaJet Elite, was introduced in 2018.

The HondaJet Elite is one of the most capable light business jets in the world and one of its most distinctive features is the shape of its nose.

As the story goes, the shape of the HondaJet’s nose was inspired by a pair of designer high heels by Salvatore Ferragamo.

Turns out, it wasn’t a tall tale after all.

Fujino has been working on Honda’s aircraft project for three decades now and led the HondaJet’s design development. 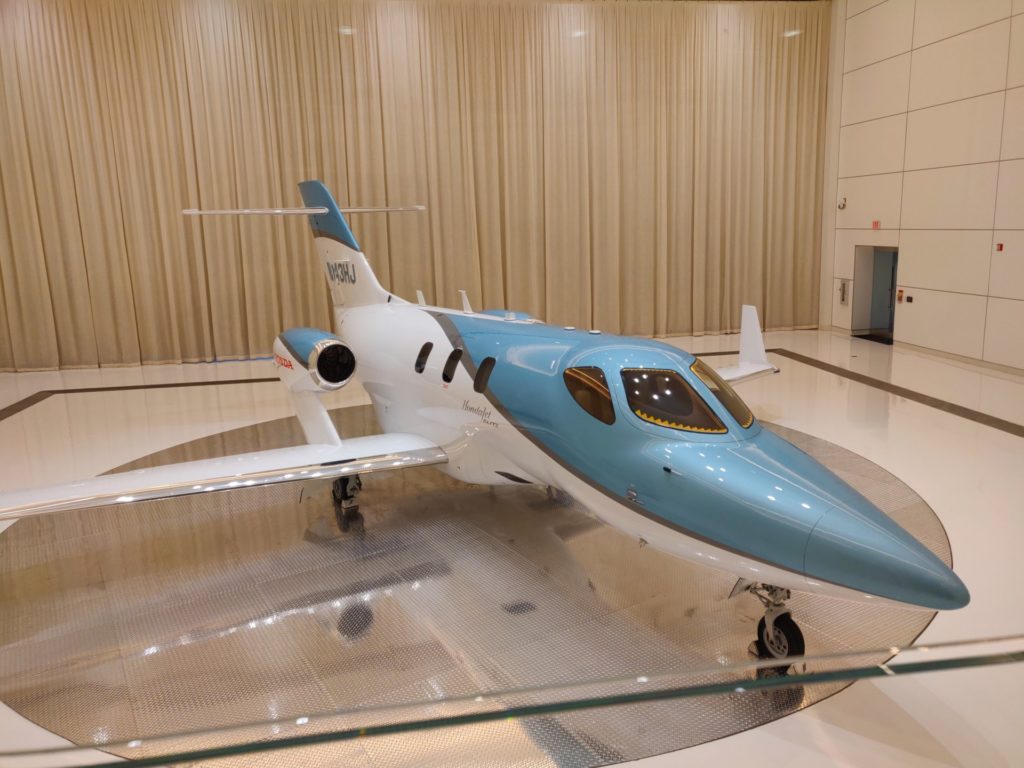 According to Fujino, when it came time to design the HondaJet, he had a good idea of how the wings and the control structure should look.

But Fujino took extra care in the design of the plane’s nose, drawing inspiration from a variety of sources.

As the story goes, Fujino’s encounter with the Ferragamo shoe took place while his wife was shopping at an airport duty-free shop during a vacation in Hawaii.

“During that time I was looking for many things, I noticed a pair of Ferragamo high heels. That is shape was very beautiful to me,” he said.

Fujino became even more impressed with the design after researching the history of the shoe’s designer Salvatore Ferragamo.

The Honda Aircraft boss said was highly impressed by Ferragamo’s entrepreneurial past along with the legendary’s designer’s attention to the ergonomics associated with human anatomy in his designs.

According to Fujino, the Ferragamo shape represented a merger of functionality, ergonomics, aerodynamics, and technology.

“That was a hint for me to start to design this nose shape,” he said.

Naturally, the nose of the HondaJet wasn’t completely lifted from the shoes. Fujino reiterated that the current nose design, while inspired by the designer high heels, was finely tuned through years of aerodynamic testing and development. 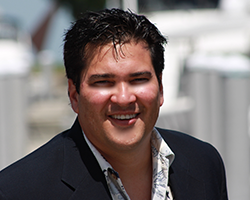